Discount Packages Who Is
RECENT RESULTS
Nov. 29 600♦ Mavericks WON
Nov. 28 1000♦ Colts loss
Nov. 27 1500♦ Eagles WON
Nov. 26 400♦ Buffalo loss
Nov. 25 1000♦ UCLA loss
Nov. 24 600♦ Vikings WON
Nov. 23 600♦ Missouri (CBB) WON
Nov. 22 1500♦ Miami-Ohio loss
Nov. 21 600♦ Cavaliers WON
Nov. 20 1500♦ Panthers WON
Nov. 19 800♦ Auburn WON
Nov. 18 500♦ Pacers WON
Nov. 17 500♦ Trail Blazers loss
Nov. 16 500♦ Under Miami Ohio-Toledo loss
Nov. 15 500♦ Over Bowling Green-Toledo WON
Nov. 14 600♦ Idaho State (CBB) WON
Pro Football Championship Winner # 14 of 17
600♦ Title Game
Winner # 4 in a Row
Cincinnati-Los Angeles stays Under by 5 1/2
MATCHING my 600♦ Title Game Winner # 3 in a Row in 2021
Tampa Bay (+3) 31-9 OUTRIGHT in Kansas City
MATCHING my 600♦ Title Game Moneyline Lock in 2020,
Kansas City (-125) 31-20 over San Francisco
MATCHING my 600♦ Title Game Total Lock in 2019
Rams-Patriots stayed Under by 40 Points
Here is what I had to say about the Bengals-Rams TOTAL in 56:
The Cincinnati Bengals and Los Angeles Rams will stay under the posted number.
My only wish is I could've released this play two weeks ago, when the lines came out. I have tickets on the Under since it was 50, and have been betting it down to the current number. I still think it has value, as both defenses are the real stars for the offensive units we're talking about.
When you think about the comebacks the Rams have had to make, the tight games they've had to play, and the games they've escaped this season, it's been because of that defense.
The Rams, who have stayed under in 28 of 38 when installed as the favorite dating back, are going to bring pressure onto young Joe Burrow, there's no denying that. He is crafty enough to make things happen, but he'll need the first half to structure properly and engage his offense for the second half.
Los Angeles, which has stayed low in 6 of 8 on turf, will also be under pressure from the Bengals' ferocious front line, and you'll likely see Matthew Stafford defer to his rushing game early on. It wouldn't surprise me to see both teams' first score be a field goal (hint for a prop) and the first quarter to stay low, too (another hint for another prop).
Cincinnati, which has stayed low in seven consecutive playoff games, after frustrating the heck out of the Las Vegas Raiders, stifling the Tennessee Titans, and dominating the second half against the Kansas City Chiefs. While people are picking apart those playoff wins, they fail to mention they play football for 60 minutes for a reason.
Cincinnati, which has stayed under in four straight, has held the opposition to 21 or less in seven of its last 11 games. And the Bengals, who are on an under run of 5-1 when catching points, ranked 17th in allowing 22.1 points per game. Sitting just above them in 16th? The Rams, who allowed 21.9 ppg.
This one is about the overshadowed, not-being-talked-about defensive units that will keep this one under.

All my action for less than $5 per day!

365 Days of Service - Nothing further to buy!

All Sports Included - Nothing Further to Buy!

(Any "Guarantee" applying to Guaranteed Plays

and Resulting Free Service is NOT included)

- and all Hockey Handicappers -

do NOT release plays every day

Upgrade From One Package To Another at Anytime

Everyone should be on the same page for each new campaign and how to approach each season.

You first must understand the Kelly Criterion, sometimes referred to as the Kelly formula; it's a blueprint I like to use to maximize the long-term growth rate of our bankroll, using repeated gambles of the variety of ratings I give out.

That criterion says an aggressive gambler should wager a set percentage of his bankroll, pertaining to the advantage (or rating system in this case) he feels he has over the game itself.

For those of you who play blackjack when visiting casinos, you may do the same thing in determining there is a one percent advantage over the dealer, and wager 1 percent of the total bankroll.

The key thing to remember is determining the percentage your using, and the maximum you'd be willing to risk on the top rating you will find here, which is the 1,000♦ Power Play.


On a daily basis you will find my plays ranging from from 100♦ and 1,000♦, but well within percentages you can effectively spread your wagers. When you do see the rating system on plays upgraded to a higher level, I will always talk about managing the bankroll accordingly.

Remember, a 1,000♦ play does not indicate a specific amount for everyone in general, it means if you're absolute biggest play you're willing to make is a nickel - that is your gauge with this rating system.

You need only divide accordingly from your absolute maximum amount into whatever the rating is, based on 1,000♦ being the highest rating.

Overall, you will find that I like to keep it consistent day-to-day so you know exactly when I'm stepping out on a big play.

The occasional 2,000♦, 3,000♦ or BLANK CHECK releases are games I feel are extreme value for the price, or in Kelly Criterion theory - is more of an advantage over the book.

I have always personally played a Blank Check game FIVE TIMES THE SIZE of my regular maximum bet. So, for example, on day I am releasing a Blank Check Winner, one 1,000♦ play and three 200♦ picks, a player with a maximum wager of $500 would wager the following:

Hope this helps in regards to money management!

Who Is Chris Jordan?

I started out in this business in 1982. Over 30+ years in a business a lot of guys can't survive 30 days.
The keys to my success have always been exhaustive research and analysis.
The Internet has made handicapping so much simpler yet so much more complex because of all that is available. By scouring newspapers and web sites from coast to coast, I am able to zero in on the intangibles that spell the difference between winning and losing.
Remember - it's not always the "marquee" games where you find the best value. In reality, often those games have the sharpest lines and are the most difficult to win. But the Internet has made researching the smaller schools in the less-known conferences so much easier. Problem is that it takes time - time you don't have. But this is my job 7 days a week, 365 days a year. You pay me for that devotion and I reward you with winners!
Now, a little about the totals...
I honestly believe I am the only handicapper in the country to devote himself to the full-time analysis of every total offered in football and basketball, college or pro.
At times, totals are the best bets on the board since the lines aren't nearly as sharp, and the oddsmakers tend to focus on nailing the right pointspread, rather than focusing on the over/under.
Side or total, big school or small, let me make you a winner! 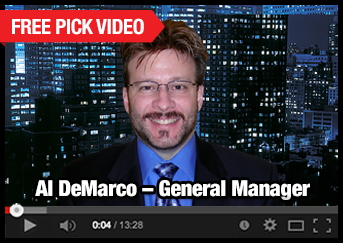 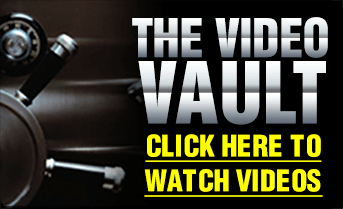